We use cookies to improve your experience. Cookie Declaration
ACCEPT ALL
TWTrade Crypto and Win Tesla, Vespa or E-bike.Learn more

Will Bitcoin Crash?: 5 Reasons Why it Won’t 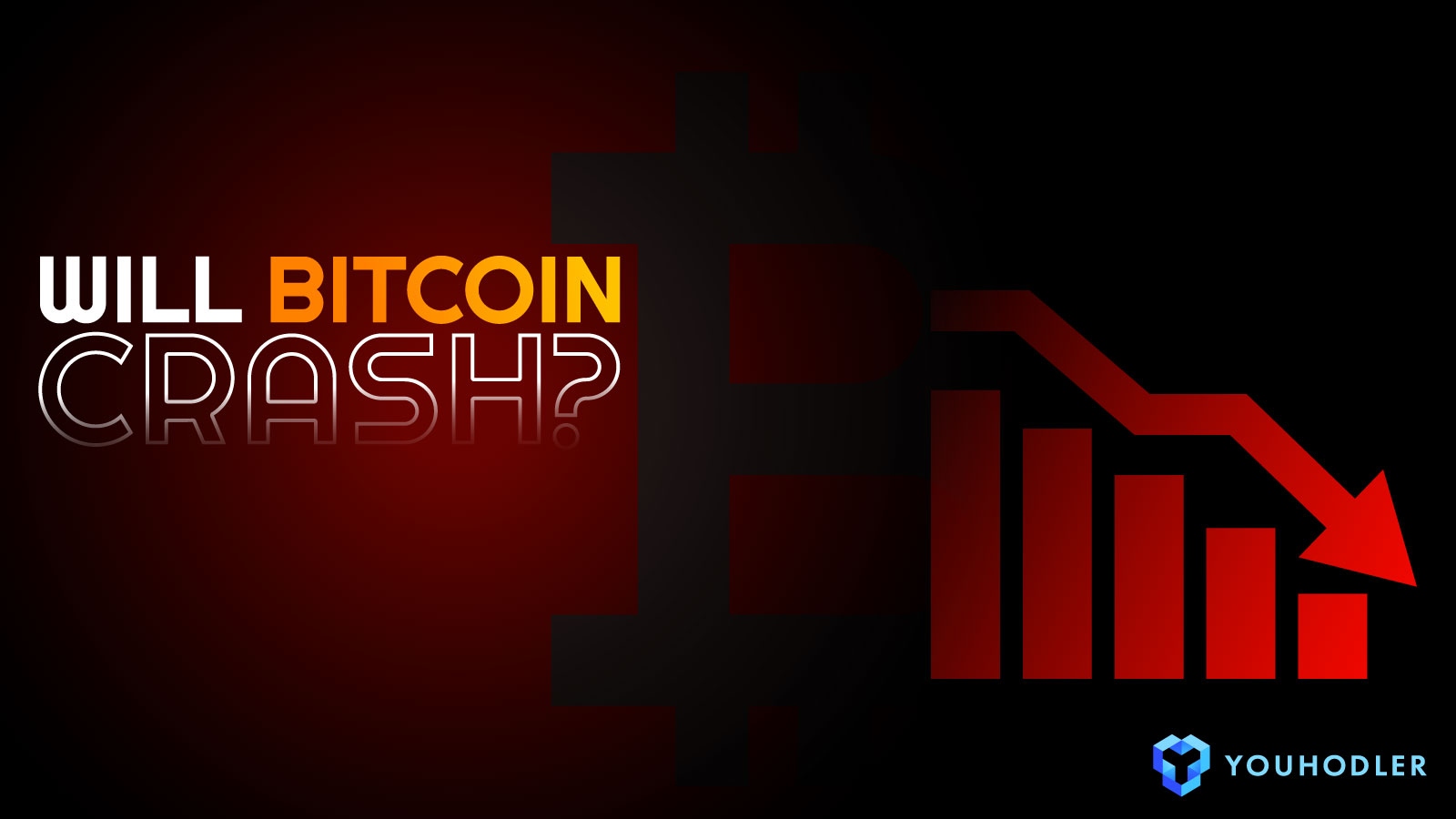 Bitcoin has been climbing ever since it started gaining popularity, but will this continue? Bitcoin is a new form of currency that isn't backed by any government or central bank. It's not controlled by any single entity or individual and it’s made to be decentralized and completely open-source. This is the preamble to bitcoin’s potential as a currency and its rate of adoption.

Many HODLers believe that the price of bitcoin will only go up, and while many individuals speculate on the price of bitcoin, it’s worthwhile to understand the fundamentals determining the value of bitcoin, and it will continue to rise in value. So will Bitcoin crash? Let’s take a look at the top five reasons why it won’t.

1. Bitcoin is designed to be a currency

Bitcoin was designed to be a currency and not an investment, but it's become more and more of an investment. If you think about the reasons why people buy stocks, they mainly do it because they want their money to grow. They want to make more money and they want to make it as fast as possible. When you buy Bitcoin, though, that statement and the opposite is also true. You're not only making money by buying and selling it; you're also able to use it as a medium of exchange, where the global price is reflected transparently in real-time across the different cryptocurrency exchanges and market price aggregators.

Many people are now holding Bitcoin for the long term. You can see this by looking at how many Bitcoin addresses have been created over the years. Back in 2017, there were only about twelve million addresses. Today, there are about eighty million. This means that a lot of people have been creating new Bitcoin wallets to exchange Bitcoins or to hold them as assets in their digital wallets.

The people who have been buying Bitcoin might be willing to buy more if it reaches a certain value. If you look at the price history of Bitcoin over the years, you can see that it's gone up and down. The price has been increasing significantly since last year, so it might be worth buying today if you think that it'll be worth more in the future.

The more that people use it, the more likely it is that there will be a price rise in the future. If you think about the way that the price of a currency is determined, it's based on supply and demand. People want to buy Bitcoin because they think that it'll be worth more in the future. When there are more people buying it, this means that there will be more demand. This is the same thing that happens when there are more people using or holding onto gold, too.

Bitcoin has become much more popular in recent years, as more countries are making clear their legislation and regulation of the activities of the market. This means that there are more people using it and that the government might try to regulate it in different ways, and adapt to how different stakeholders are affected by the price and use cases of Bitcoin. If you think about what happened to gold, when the price rose, the government tried to regulate it in different ways. They wanted to try and control the rise in demand, but they couldn't do that without affecting the price.

When you look at what's happening with Bitcoin today, there are a lot of similarities between what's happening with gold and Bitcoin. This means that the government might try to regulate it in different ways. One of them is by buying some of it, but this won't have an impact on the price because there are so few people holding it. If they started buying a lot of it, though, this could have an impact on the price because there would be more demand for it.

Bitcoin is a decentralized currency, though, so it's hard for governments to control. If you think about how a cryptocurrency works and why the government is trying to regulate it in different ways, you can see that they have no power over Bitcoin if it's decentralized.

When you think about how a cryptocurrency works, you have to remember that it's not controlled by the government because there are no banks involved. This means that there's no way for them to regulate the price of the currency. When the government tried to do this with gold, though, it was a much bigger problem because there were so many people using it. The price was determined by how much people wanted to use it and how much they thought that it would be worth.

Furthermore, governments can't regulate Bitcoin because it's decentralized and lives on the internet. A lot of people say that this is a bad thing, but the fact of the matter is that governments can't control it. If you think about what happened to gold, it became less valuable because of the value of fiat currencies around the world. The more that the government tried to control it, though, the less valuable it became because people were losing confidence in its value.

5. Clampdowns have not been successful

If the government tries to clamp down on Bitcoin, it won't work. The government doesn't have the power to stop Bitcoin, but they can try. If you want to make Bitcoin illegal, then you're going to need to fix the problems that cause people to use it in the first place. This is a much more difficult task, but it's one that is necessary if they want to stop Bitcoin from being used in the future.

Furthermore, the government is only making the situation worse for themselves. Bitcoin isn't illegal because of what it does, but because of how it's used. This makes the job of stopping Bitcoin much harder than in the past, especially when some countries are making Bitcoin legal tender, and other countries are adopting a more inviting stance to Bitcoin and other forms of cryptocurrency.

So will Bitcoin ever crash?

Bitcoin is a currency and not an investment, but it's becoming more of an investment. More people are now buying Bitcoin because they want to make money from it. They're also holding onto it for the long term because they think that it'll be worth more in the future. If you look at what happened to gold, it became less valuable because of the value of fiat currencies around the world. The government wanted to control it and this made it less valuable, but they couldn't do so.

Bitcoin is becoming less of an investment and more of a currency, but the government probably won't try to regulate it in any way. If they do, though, this could have an impact on the price because there would be more demand for it. Whether Bitcoin will crash or not, well, that's a bit of a broad question. Is Bitcoin prone to sharp downturns -- A.K.A "crashes -- yes, it is. However, it's also prone to sharp price increases as well. Will it ever rash to $0 though? Highly unlikely.

Editor-in-Chief of the YouHodler blog. Connect with him about writing techniques, cryptocurrency, and music.

Is it too Late to Invest in Cryptocurrency?
How to Read Trends: Crypto Chart Analysis
How High Can the Price of Ethereum Go?
YouHodler Awards a Tesla Model 3 in an Initiative to Help Make Bitcoin “Greener”
ALL POSTS

Products, services, information and/or materials contained herein may not be legally available for residents of certain jurisdictions such as USA, countries under embargoes or sanctions and/or other blacklisted countries. If such restrictions apply to you, you are prohibited from accessing the website and/or consume any services provided on this platform. You are requested to leave this website.

This site is operated by Naumard LTD (legal owner of the YouHodler registered Trademark). welcome (at) naumard com, +357-25-057527 (for partners only).